In this post I am going to explain about Open Source. Which was first lessons from Learn PHP online.
Open Source doesn’t mean to access the source code. It should have below criteria 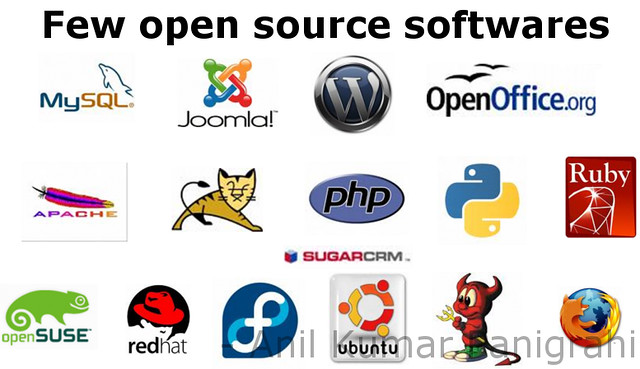 2. Source Code
The program must include source code, and must allow distribution in source code as well as compiled from, Where some form of product is not distributed with source code, there must be a well-publicized means of obtaining the source code for no more than a reasonable reproduction cost-preferably, downloading via the Internet without charge. the source code must be the preferred form in which a prommer would would modify the program. Deliberately obfuscated source code is not allowed. Intermediate forms such as the output of a preprocessor or translator are not allowed.

3. Derived Works
The license must allow modifications and derived works, and must allow them to be distributed under the same terms as the license of the original software.

5. No Discrimination Against Persons or Groups
The license must not discriminate(differentiate) against any person or group of persons.

7. Distribution of License
The rights attached to the program must apply to all to whom the program is redistributed without the need for execution of an additional license by those parties.

10. License must be Technology-Neutral
No provision of the license may be predicated on any individual technology or style of interface.

Anil Kumar Panigrahi
A professional Open Source (PHP, NodeJs, ReactJs) cloud based application developer, team lead, delivery manager and architect / individual contributor with 12+ years of experience in building web applications. I am passionate about solving business needs and technical challenges every day with a wide range of technologies. I am focusing on developing large, stable and scalable websites and applications in the long-run. Blogger, and Founder of @anillabs Contact : [email protected]

This site uses Akismet to reduce spam. Learn how your comment data is processed.

How to create and use the email signatures
Articles
/
0 Comment
/

Sending the emails with attachment in Node.js
Mail Node.js
/
1 Comment
/